THE most healing food EVER in my humble opinion is garlic. If there is one plant/herb/miracle food that I could NOT give up it would be garlic.

One of my best friends/cousins/partners-in-crime has a husband that can’t stand garlic, so when he’s out-of-town we throw little ‘garlic parties’ and I swear to you we reek for days. It’s her fault (it usually always is – whatever the situation). She eggs me on. When a normal recipe calls for one clove of garlic, I’m the kind of person that always adds two. I’m actually famous (infamous maybe?) for a garlic dip that I make that actually burns as you eat it. My other bestest-bestie loves it, but she may be its only fan because it’s just THAT strong. But if you think I’m bad, I can’t even begin to explain how bad my cousin is. She peer pressures me into adding more and more. I’ll add 4 cloves to something and she scowls at me until I throw in 2 more. Honestly, we go through one or two BULBS during our ‘garlic parties’ and there’s usually only the two of us eating this stuff. Party for two. With the breath we create I think I know why it’s just the two of us. I’m almost surprised that our bodies haven’t gone into some sort of alium sativum shock. (Yeah that’s the Latin for garlic. Google that shit bitches, this blog just became high brow.)

Anyways, so whenever I feel under the weather, I garlic things up. (Like I need an excuse?) So when I saw the recipe for wilted greens which includes kale and garlic I thought YES. This is a good time for garlicy goodness.

So I cooked the crap out of this recipe and it was really nice. You could taste the health benefits. I followed the recipe (my cousin wasn’t there scowling over my shoulder) so I only added the two cloves called for. This time. Next time I might add three more just to see what it does to my mouth. But I had to reign it in because I was hoping my son would partake in the green. (wink wink, you know what I’m sayin’?)

But alas, it looked too healthy for him, so he didn’t touch it. I could’ve gone garlic crazy after all. But I always try to stick to the recipe the first time round. Second times are for experimentation. Out of respikt to the Thugs. (Man, I need to watch Goodfellas again.) 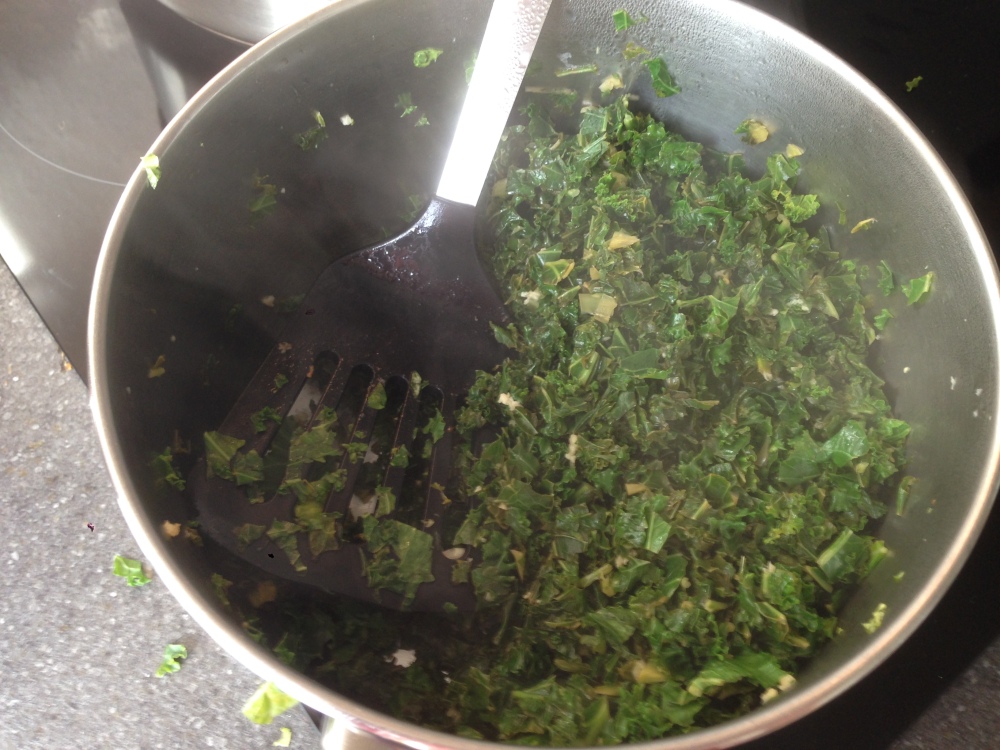 The next day I thought it was a bit boring because it was cold.

*audible gasp is heard, then someone drops their fork*

DID SHE JUST DISS THE THUGS?!?! 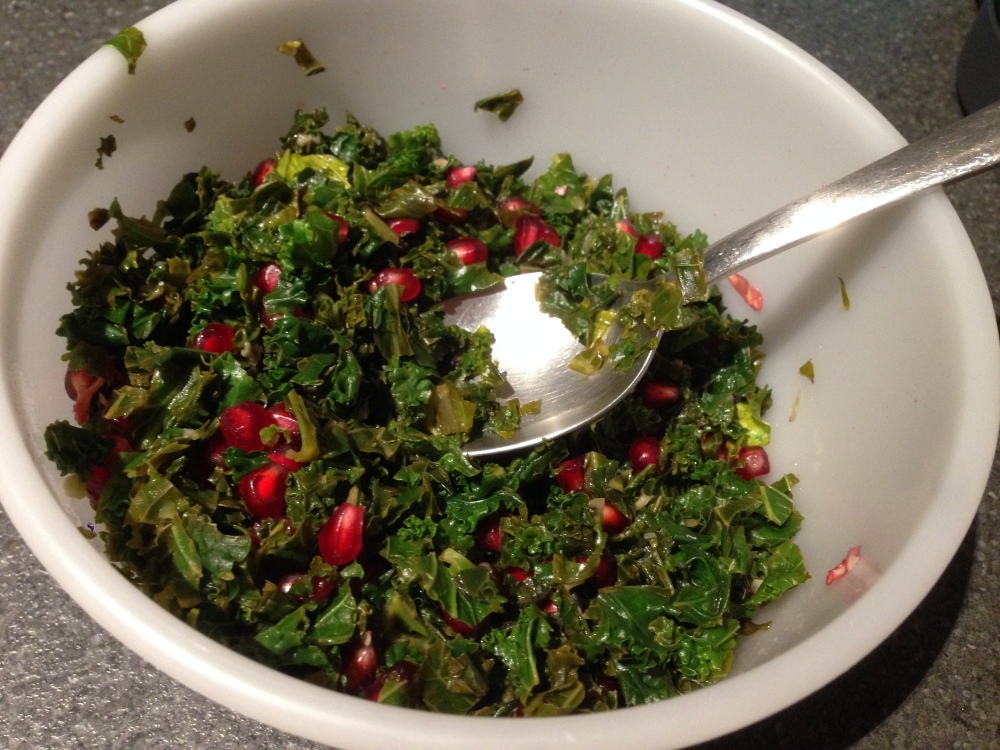 And can I just say….when pairing up leftovers…This wilted green pomegranate gimp salad goes really well with the Thug Kitchen MF Enchiladas! But then most things do go with those enchiladas coz they are the BOMB!

I know it may not look like the pomegranate is in there. But trust. It is. The little fuckers are hiding and trying to make me look like I’m schizo. I think it’s because I compared them to being like a gimp.

By the way if you guys have been looking for a kick ass dessert then you should check out this healthy and vegan chocolate mousse from Heart&Soul Talks. It’s the shit. The good shit. I like to top it with blueberries. It’s very rich and velvety, so you can pretend to be all regal and stuff while you eat it. Get down with your fancy selves! Get out the fancy silverware and cognac glasses. Get out those long white gloves ladies! Gents, you can practice sporting a monocle, and stuffing your pipe. (What you stuff that shit with is down to you. Just remember homegrown is best.) Feel free to twiddle your mustache while you chuckle about how much money you have. Jeeves knows what I’m talking about. Don’t ya, old boy?