I made two Thug Kitchen recipes (somewhat) recently but haven’t been able to blog about them till now. The flu got in the way, knocked me out good.

Though this was no normal flu. There’s only one way to describe it…

Picture a boxing ring. There’s a fight on. It’s YOU vs. THE FLU. It’s shameful how you’re getting your ass kicked. Several punches to the head, and the room starts spinning. BAM! You go down. Knock Out! Later you open your eyes, and try to get up. BAM! Another savage punch to the face. You’re out. Every time you think you’re just getting on top of things THE FLU fucks your shit up. Finally, hours later, you wake up in a hospital bed. Monitors are beeping. Your groupies surround you and gasp with relief as you wake up. Looks like you’re gonna make it after all. You manage to sit up. You have a sip of water. Suddenly, a Ninja leaps out from the back of the crowd and shoots you with a poison dart. The room once again, goes dark.

That’s what this flu is. A Ninja – and he’s got poison darts with your goddamn name on.

Anyway, I am now thankfully well enough that I can write about the two recipes that I recently made.

One was the Lemony Red Lentil Soup (page 85) and the other was the White Bean and Rosemary Hummus (page 109).

Now both don’t look very exciting, but this is when you need to put your preconceived ideas and fucked up judgmental attitude aside. Both these foods had a sort of beige-grey colour. But you cannot judge a food by its colour. Just like you cannot judge a present by its wrapping. We have all been given gifts that look like they’ve been wrapped by an epileptic cat in the middle of a seizure. Was the wrapping hideous? You bet. Was the gift inside awesome? Hell yeah.

So screw all that bullshit, and tuck into this grub. The Lemony Lentil Soup in particular was tasty as fuck. The hummus was more subtle, but the fresh rosemary gives it a ‘seasonal’ twist that even Santa’s nipples won’t see coming. 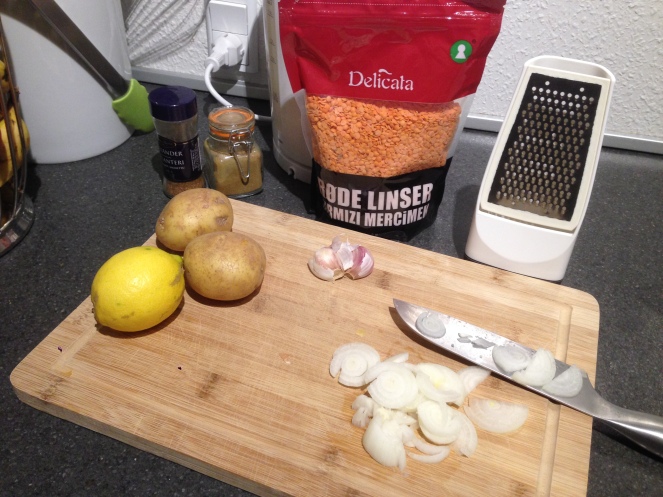 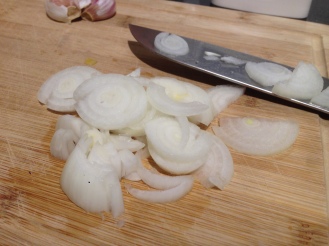 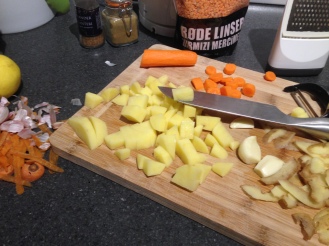 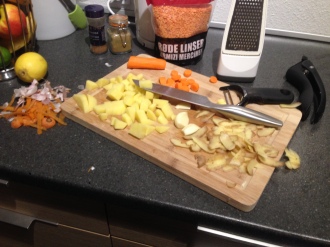 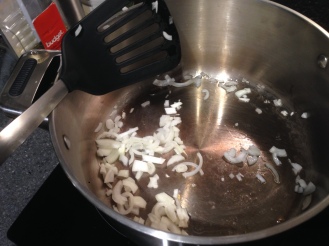 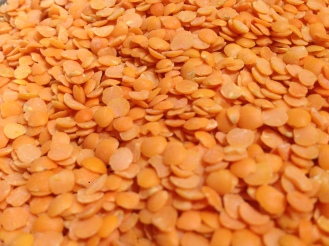 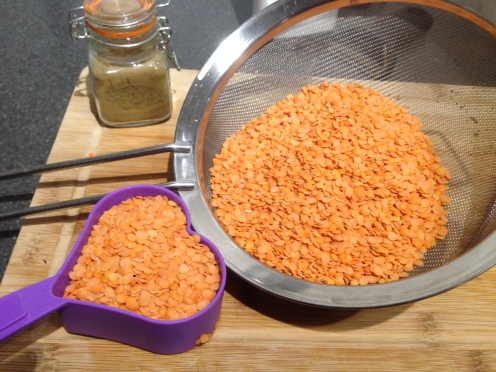 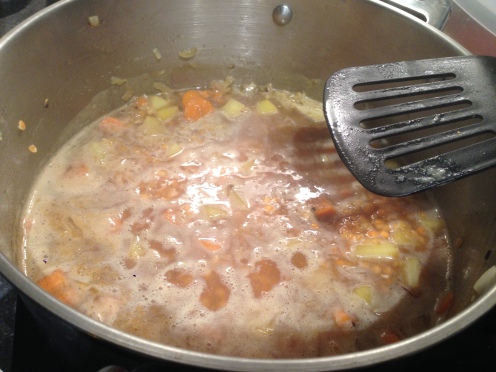 Once it’s blended and served up it looks like this: 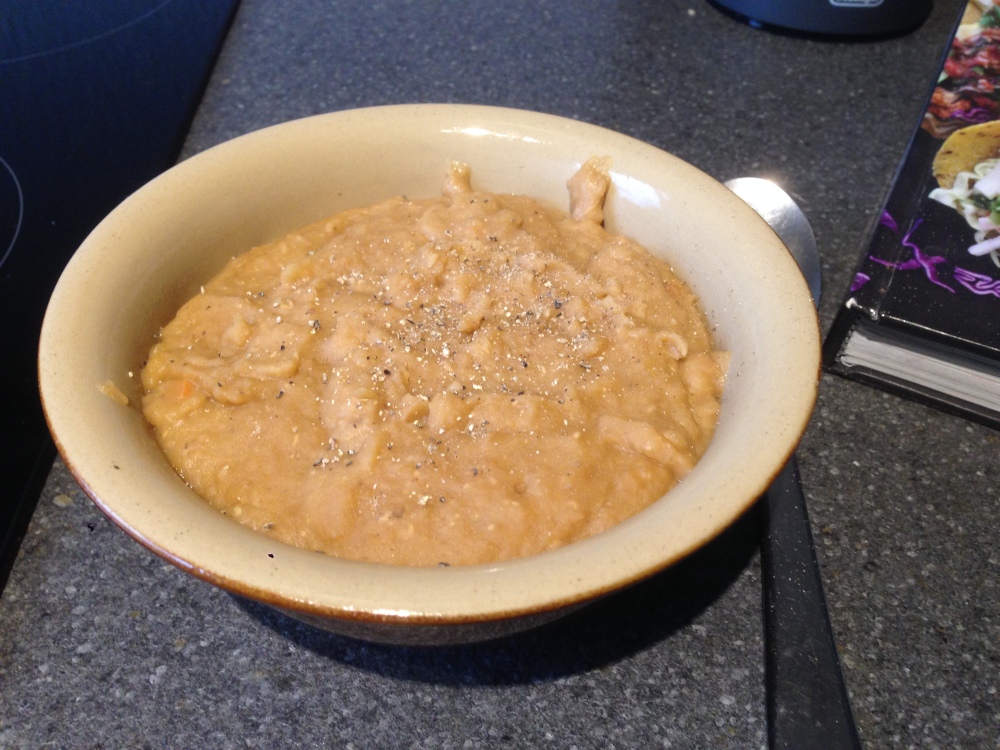 Now you have to trust me, this soup was amazing. Like second-and-third-helpings amazing. I nearly ate the entire pot of soup all by myself so next time I’m doubling the recipe.

Here’s the white bean and rosemary hummus which my beautiful assistant whipped up for me: (okay, it was my husband and not some chick in a sparkling dress saying TAAAADAAAAA! But he is a very handsome man so it’s sorta the same thing. A bit of eye candy for us ladies.) 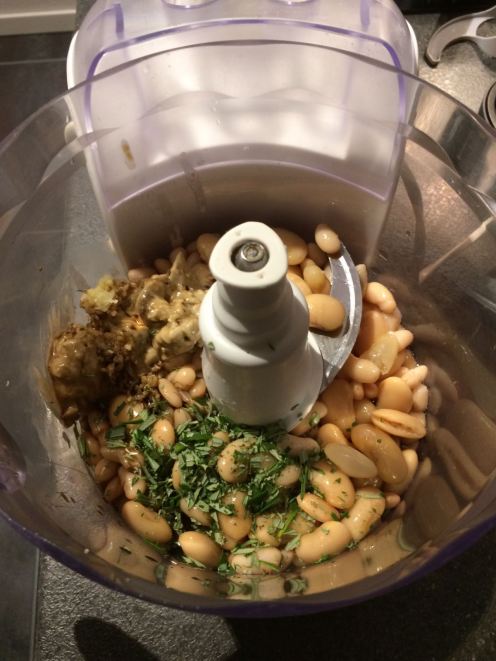 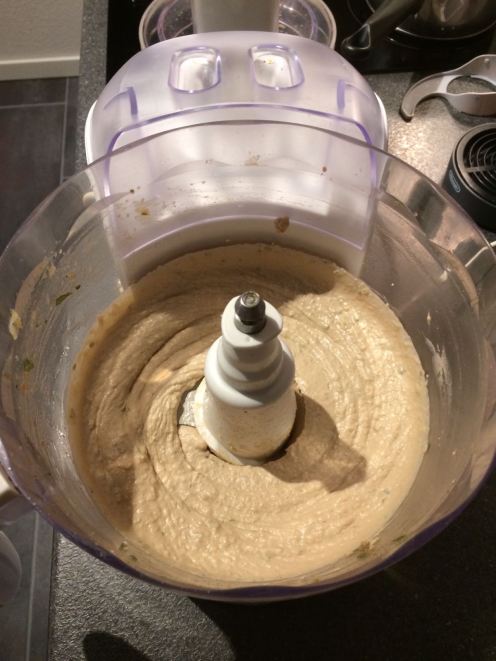 Again, it’s not the most spectacular looking dip, but once you’re snacking who cares what it looks like. It’s how it tastes that counts. And beige-grey isn’t necessarily a bad thing. They didn’t call that book ‘Fifty Shades of Grey’ for nothing.

Happy Holidays my Thugish friends. May all your holiday foods taste as good as the Lemony Lentil Soup, and all your dips be blended to perfection.

Much love and lentils,