I decided to make the Mixed Mushroom and Spinach Lasagna. We had guests coming from the UK, so I thought I’d save time and put together a lasagna so that it would be ready to throw in the oven when they got here. That way I could really milk it for quality time, and squeeze every little last drop out of our time together. If there’s a lazy way I always try to take it. However, it didn’t pan out like that at all. I spent ages washing dishes and had only managed to make the tofa-ricotta, pesto, and the house marinara by the time the door bell was ringing. 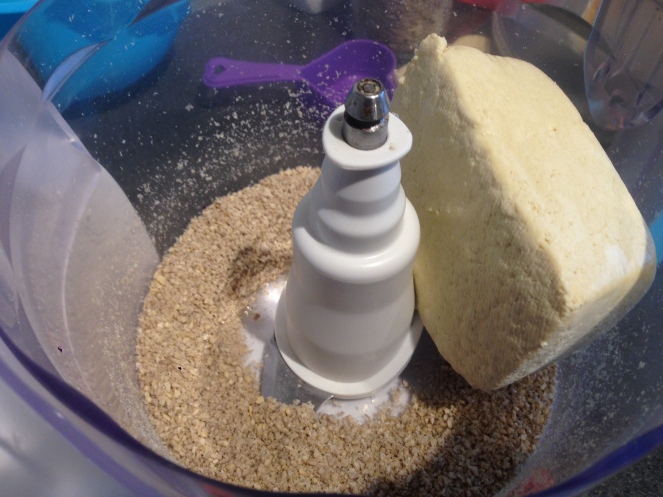 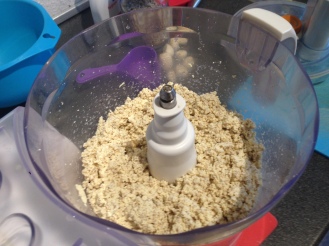 It didn’t actually matter in the end because I got to spend some quality time in the kitchen with my sister-in-law catching up as I chopped the seemingly endless stack of mushrooms that goes into this recipe. But they shrink way down once fried, so it’s all good. (sauté sounds way more civilised than fry doesn’t it? Maybe we could glam up french fries by calling them deep sautéed potatoes. What do ya think?)

I’d never actually cooked lasagna noodles/lasagna plates before. Whenever I’d made lasagna before I’d just put the lasagna plates straight into the layers of sauce and made sure there was enough tomatoey juicy goodness all around it for it to cook in. But this time I wanted to do it the Thug Kitchen way, so I looked at the package for the instructions for those particular lasagna plates (aka noodles). Unfortunately, the packaging was no help AT ALL as it just recommended sliding them in between layers of sauce and filling, and let them cook in the oven. But I wasn’t deterred! If there’s one thing I am then it’s goddamn stubborn. So I thought fuck it, and stuck them in a flat oven pan and poured boiling water from the kettle over them. I left them in there to soak for about 3 minutes and then moved on with my life. Nobody has time for soggy lasagna plates.

Once the whole thing was assembled it was beautified with some sliced tomatoes on top and then shoved aggressively in the oven, because by now I was super hungry. (Hungry in that good way, full of anticipation and craving, not in that horrible lightheaded way, where you’re shouting at everyone and about to passout from low bloodsugar. NEVER get to that stage. Just eat a banana. No fruit to hand because you haven’t shopped? Just raid a neighbours fridge. They’ll understand. No one wants a hangry neighbour.)

After being in the oven for long enough for my stomach to start growling like a ferocious animal, it came out looking like this:

My mouth is actually watering right now just remembering the flavours. I served it with some garlic bread and a tomato-onion salad with a balsamic dressing (which by the way should have marinated in the fridge for at least half an hour, but I had no fucks left to give.) I took our guests’ silence as appreciation of the food, as they chowed down. If you know those chikas like I do you know there’s not a lot that will shut them up. Their response to this lasagna equates to being able to stop traffic. It’s impressive. Either that or we’d just run out of things to say to each other, and what I thought was a comfortable silence was actually an awkward one. Who the hell knows?! I was too busy stuffing my face to pay it much thought.

Once we had stuffed ourselves to the point of no return, we adjourned to the tiki tiki bar, where I discreetly had to unbutton the top button on my jeans and loosen my belt to make room for a cocktail or two.

Yes, ladies and Thugish gentlemen. This lasagna is so good it will shut up talkative guests, stop traffic and coerce weak-willed people to overindulge.

My two chatty and lovely guests/sisters-in-law came up with the idea of writing testimonials for the blog for the TK food we ate while they were here visiting. Here’s what they said about the lasagna:

So much going on here and a real wow-factor for a special dinner. Tastes amazing and feeds a crowd (with lovely leftovers which taste just as good-if not even better- the next day!)

Layers and layers of vegan goodness made this dish an absolute Winner. It tasted even better the following day, so is perfect for making and looking ahead. Thanks, Thugs!

Why am I protecting my sister-in-laws identities? Because they’re super heroes.They flew here, and they came bearing gifts and chocolate. I also suspect that they have secret powers, but I’m not in the position to confirm or refute that theory.

Not yet anyway. Maybe next time I’ll sprinkle some cryptonite in the lasagna.