The challenge: to cook all 115 recipes from the first Thug Kitchen cookbook within 365 days, with only 72 days left I’m starting to freak out.

The Thugs were right, this recipe was ‘kitchen witchcraft: kitchcraft.’ 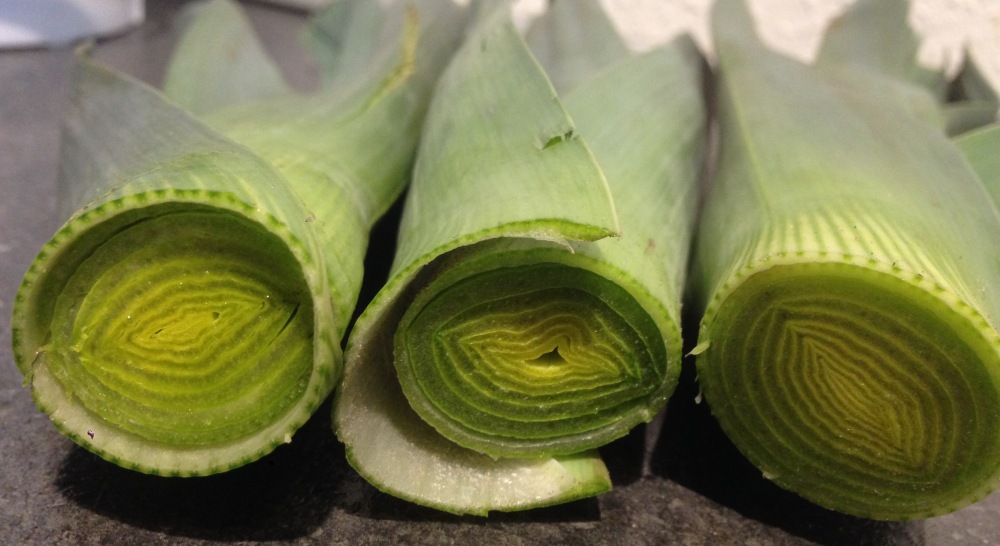 So delicious and with so few ingredients, it’s kinda crazy how cheap and easy this one was. So if you’re on a budget this is the meal for you.

Unless you wanna break your blender in the middle of cooking this recipe. Then it gets expensive real fast. Thank fuck for my food processor. I’ve never made soup in it before, but there’s a goddamn first for everything.

Despite its plain appearance, there were a few things that dazzled me about this soup. The first was the dill. Nice touch, that really classes the whole thing right up. I would never have thought to add dill to this combo of flavours. Gotta hand it to the Thugs, they know how to make the done-to-death, sparkly and new.

The other thing was, I’ve always been sick and tired of a the grit and sand you get in leeks. Washing for what seems like hours is enough to put you off using these tasty fuckers very often. HOWEVER- with this whole new (at least to me; kitchen amateur and semi-pro kitchen pyromaniac) way to cut and wash the leeks, I’ll be using these healthy bastards a lot more in my future cooking. Who would’ve thought to slice them thinner-than-ribbon thin and washing them all in a bowl? The thugs don’t like to waste time and are happy to share their kitchen street smarts. 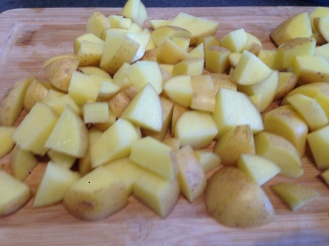 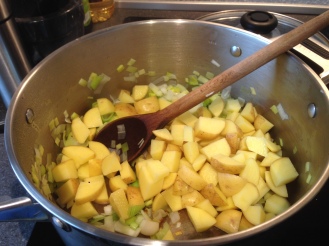 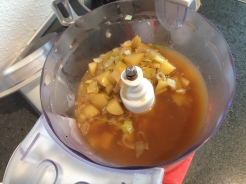 Lastly, I’ve never had potato leek soup blended before. I’ve only ever had it chunky, sorta rustic, farm-house style. You know, peasants-in-the-beautiful-French-countryside-sorta style. This way you really get all the flavours intertwining all at once, doing some crazy spectacular dance in your mouth. Some sort of elegant and cultured ballet, with ribbons, and swirls, and dips, and…you know…uh…other cultured stuff.

Anyway, other than the blender suddenly dying (this soup really is to die for apparently) it all went well and it was easy to make, even for a kitchen klutz like me. 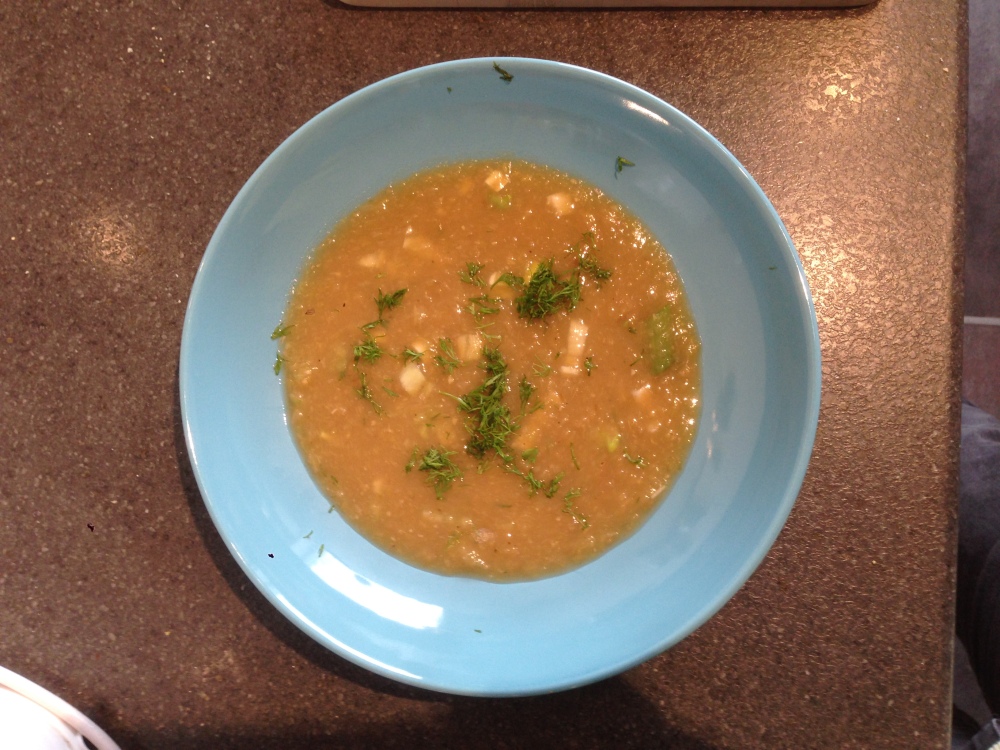 I’d give it thumbs up and high fives, if only I could tear myself away from the soup bowl.