The challenge: to cook all 115 recipes from Thug Kitchen cookbook within 365 days. We are now only 16 days away from finishing this challenge, and I still need to cook 17 recipes. I feel like I’m running from my inner procrastination demons and those monsters are hot on my tail.

This time I made the summer squash soup. Technically I think a summer squash is meant to be yellow, but I couldn’t find any of those anywhere, so light green had to do. It ended up being green soup which my kid surprisingly ate. He didn’t just eat it, he slurped it up and asked for seconds. I was thrilled! My heart did a little dance because this shit is full of antioxidants and all sorts of healthy stuff. Praise Thug Kitchen! I swear I think we should start some sort of religion based around the Thugs. Or better yet-a cult! Something where you have to do some weird initiation and leave offers of exotic fruits at their feet from time to time. These genius Thugs got my son to eat squash soup…with celery and garlic in it. If that’s not worth bowing down to, then nothing is.

I cheated a bit by not using the right kind of squash but it was what I could lay my clammy little hands on, so whatever. Then I cheated again because I had a bag of grated carrot in the fridge that I used instead of slicing carrots into half-moons. I don’t consider it lazy, I consider it clever. At least that what my therapist says I should do. (I’m kidding. I don’t have an actual therapist. I just nominated one of the voices inside my head to be in charge of talking some sense into the other voices.) 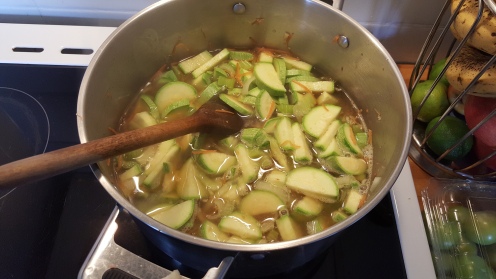 I also realised that I’d left out the potato. We were all out of potatoes. I thought this would be no biggie, till it occurred to me that the potato starch might be in there to thicken things up. So I mixed a little potato flour with some water and threw that in, hoping it would have a similar effect before blending the whole thing up real nice and creamy. 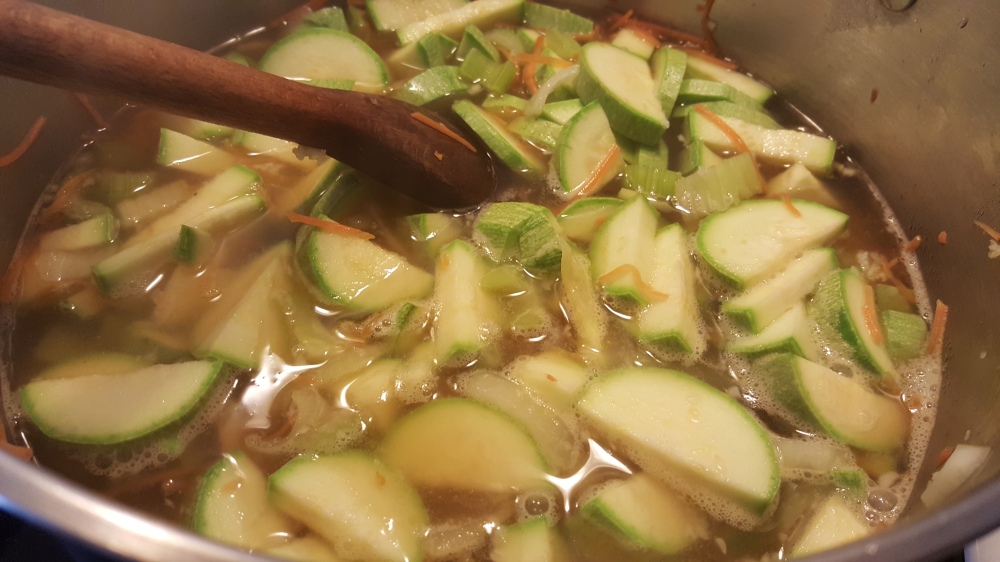 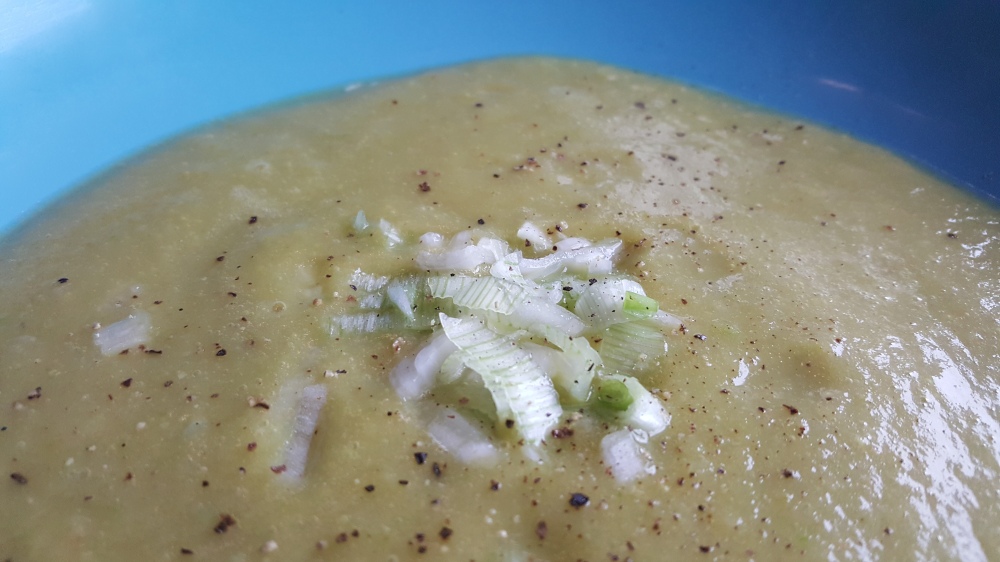 It was delicious and filling, but not so filling that you couldn’t handle second (or even third) helpings. We had some flat Arabic bread on the side and it made a great meal.

Definitely one I’ll be making more often now that I know it’s child approved. And who knows, maybe one day I’ll actually find a yellow squash lying around some store somewhere. Then we can call it Sunshine Soup instead of Yoda Soup, or Hulk Soup or whatever else our imaginations can think up.

The recipe on the next page of the cookbook will probably be yellow, it’s the corn and basil chowder. The name totally grosses me out. Hence why I’ve left it till last. Anything with the name chowder just sounds so gross to me. I’ve never eaten chowder and it always makes me think of the film ‘Ace Ventura’ where he gets asked for the secret password at some dodgy backdoor. The password is clam chowder and he can’t remember the colour of the chowder. The thought of clam chowder just makes me think of lumpy thick stew-like soup. With clams. YUCK.

So I need to fortify my self, pull my socks up, gird my loins, and other weird things to get myself psyched up enough to tackle the corn and basil chowder recipe on page 95. Stay tuned to see if I cope with chower, and see if I manage to get it all done before the 27th June.