The challenge: to cook all 115 amazing recipes from the first Thug Kitchen cookbook within 365 days.

Yes, with only 9 days left it’s heating up in my kitchen. Someone has lit a fire under my heels and I’m, frantically running around trying to figure out if I should put it out, or just go with it and use this wild energy to propel me forward.

My intention was to get some blogging done before the weekend because I knew I was going away for a couple of days. Did I actually do that though? No of course not. That would mean being organised. Sensible even.

Instead we packed our bags at the last-minute and went on a road trip, driving to an island I’d never been to before. The weekend was full of car snacks and good music, baseball games, sunshine, and amazing Indian food.

Could I have offered you a TK blog yesterday? No, I could not.

Instead I could’ve offered you random pics of snake graffiti, the kinda crick you get in your neck from sleeping in the car, and a view from above of our table at the Indian restaurant.

Am I regretting a little that I didn’t blog before we went away? Maybe a smidge, but it’s just not worth the wrinkles. Besides, this way I get to freak out about how little time I have left and who’s not to say that that can’t be fun too? What’s a bit of frantic energy and screaming-adrenalin between friends?

Here check out my snake. So today I offer you…Pozole Rojo.

I’d never even heard of this stuff before. Living in Scandinavia, I just could not get hold of hominy, which I realise now is a key ingredient. Over here we don’t eat hominy on a regular basis. We eat crisp breads, pastries, and boiled potatoes. We call our kids names like ‘Lars’, ‘Mads’ and ‘Ingrid’ and huddle around open fires. My people are the people of pickled fish.

Never having been a fan of the pickled herring, I was psyched to make this instead. 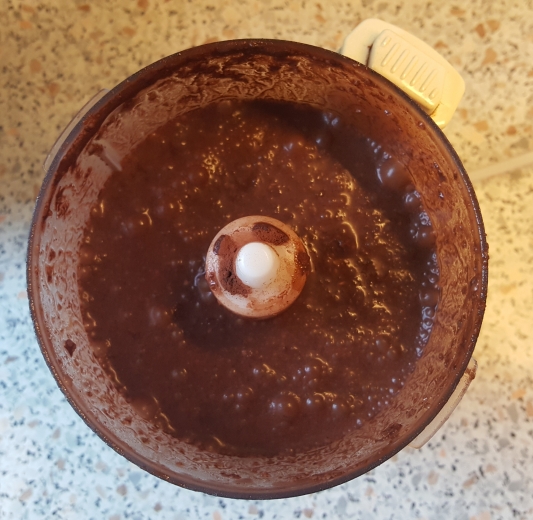 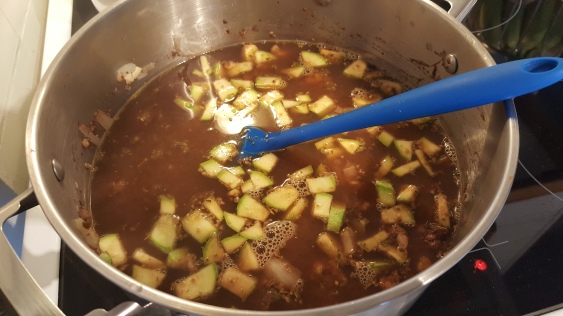 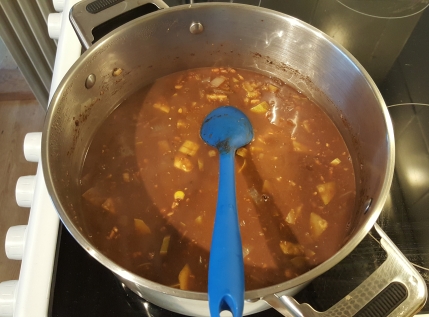 I loved making the cocoa powder, chili garlic paste. It made me feel like I was rolling with the Azteks. I sorta wanted to rub it on my face like some crazy mud mask. (Don’t worry I didn’t. Having chili that close to the eyes is never good. It just smelled divine.)

I was thrilled that I managed to get hold of some tempeh, but was still a bit gutted about the hominy situation. All I could think of to do was soak some corn in lime juice for 5 hours. To the more experienced Pozole Rojo maker, this may seem totally idiotic. I am totally clueless, and all I had was Google and my imagination. So that my little hombre, is what I did. You might find yourself in a similar situation one day if you suddenly need to pickle a fish. Wouldn’t know where to start would you? To be honest neither would I. It’s not something I’ve ever wanted to try.

But my point is, we gotta try new things sometimes and dabble with unknown substances. (wink wink) 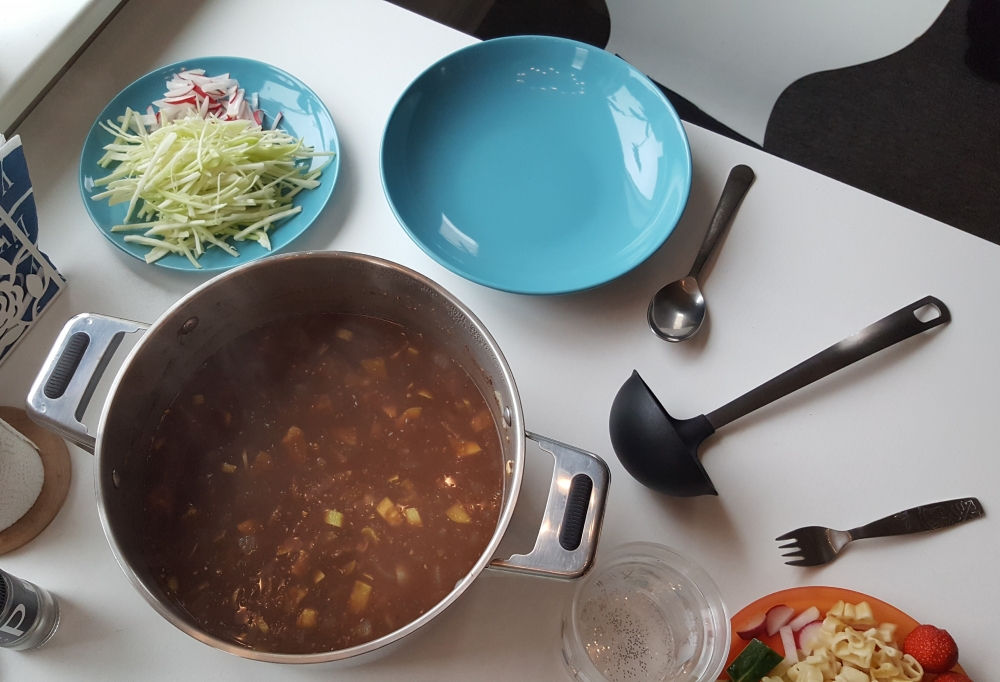 Man this stuff was good. Beyond good. It was so good that even though it says “feeds 6 hungry people, no fucking problem” there was only a small bowl left when we were done. And that was only two people eating it. And I ate most of it.

It was hot. My nose was running, and I was starting to sweat a little. But in the good way. In the borderline-too-much-but-juuuust-right-amount-of-heat way. But my tolerance for heat isn’t spectacular as you might remember from the Tortilla Soup incident. However, my husband said it was perfect and he didn’t even sniff once.

Warning: if you have kids and they’re anything like mine they might wanna sit this one out. Or at least make sure you stock up on ice cream to cool their little mouths with afterwards. 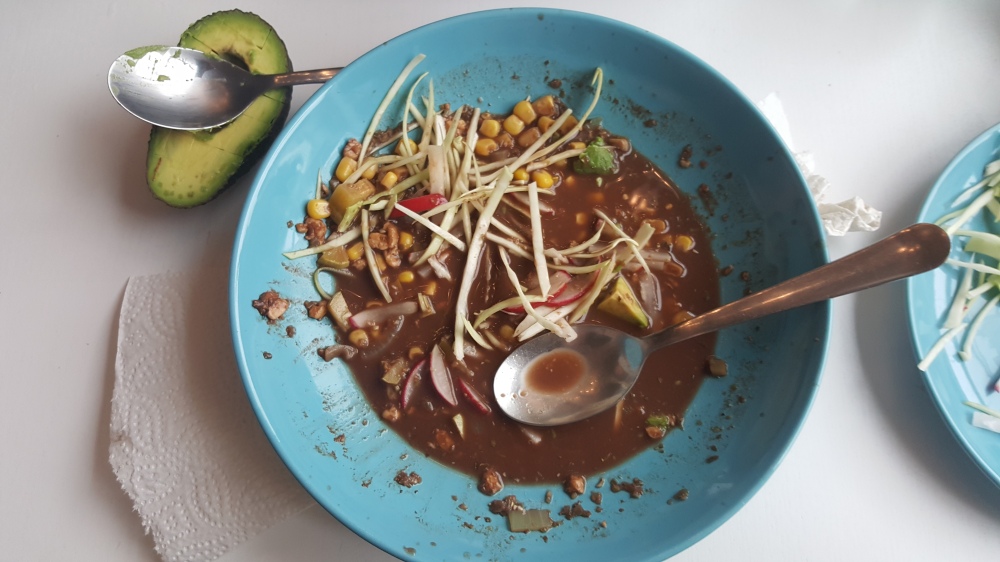 The radishes and cabbage give it a lovely crunch, the tempeh gives it substance, making it quite filling, the cilantro and lime lift it up and the advocado slices cool it perfectly. It is all in such perfect balance, symmetry and harmony. This is definitely a new favourite. Thug Kitchen aren’t exactly making it easy to figure out what my fave top ten recipes of theirs are.

Random fact: We now call this ‘asshole soup’ at our place because the pronounciation of ‘Rojo’ sounds a bit like the Danish word for asshole (‘røvhul’), and trust me after eating the spicy version of this dish you are very…aware…of your asshole the next day.