I hadn’t heard of this spectacularly tasty Korean Classic dish before.

Awesome name, awesome taste. And so friggin’ fast to make. Which is what we like in my house. Especially on days where I misread other recipes that say crazy things like ‘leave to chill in fridge for 2 hours’ half way through the recipe. Faaaaaack! I mean who has time to rectify a mistake like that when your kid is practically gnawing on your leg already? It’s at times like that I curse the Gods and assign blame in all the wrong places. Then I  throw everything back in the fridge and start over with something quick and easy.

So this was great because I started out from the very beginning with a dish that was fast as fuck. The Thugs had said it would take 15 mins and they were right. 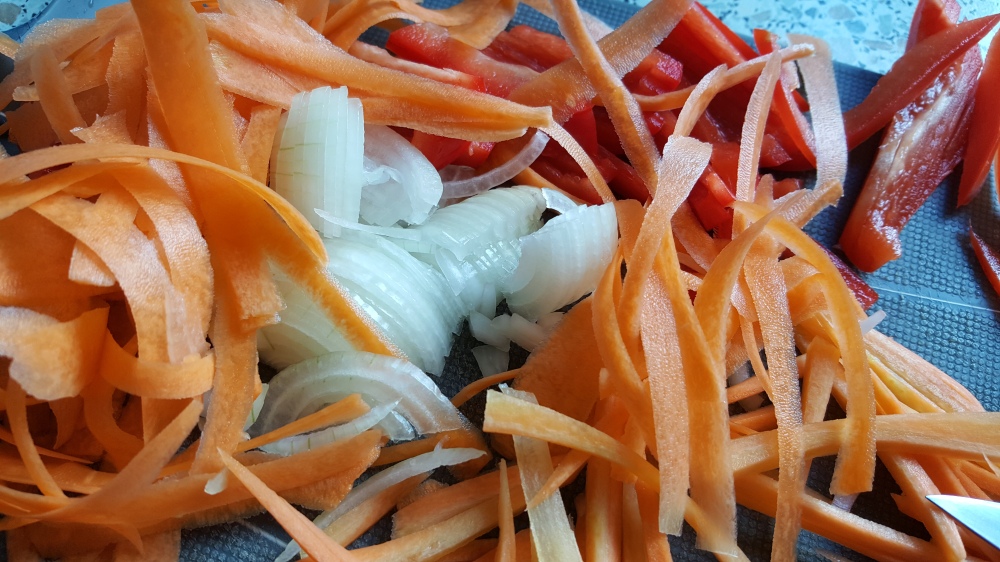 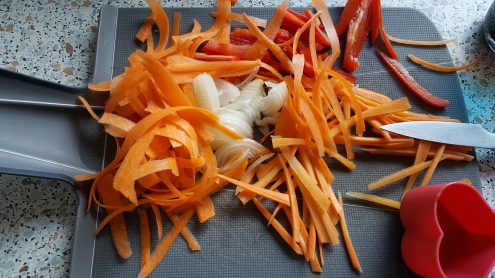 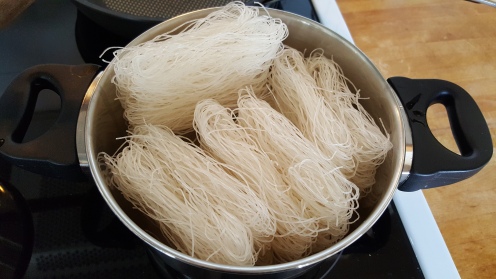 I cooked my rice noodles, and chopped what needing chopping and made the sauce by mixing all the good shit up in a glass. By good shit I mean chili paste, rice vinegar, soy sauce and water. But you’ll know this already because I’m sure you’ve got the cookbook at home already, right? If not, then buy the mofo here.

After frying stuff in the sesame oil the kitchen was beginning to smell choice. Once the sauce then hit the pan, a cloud of deliciousness impacted with my face and my tummy started rumbling for reals. Thankfully the whole thing was done and served up a few minutes later so we could tuck in. 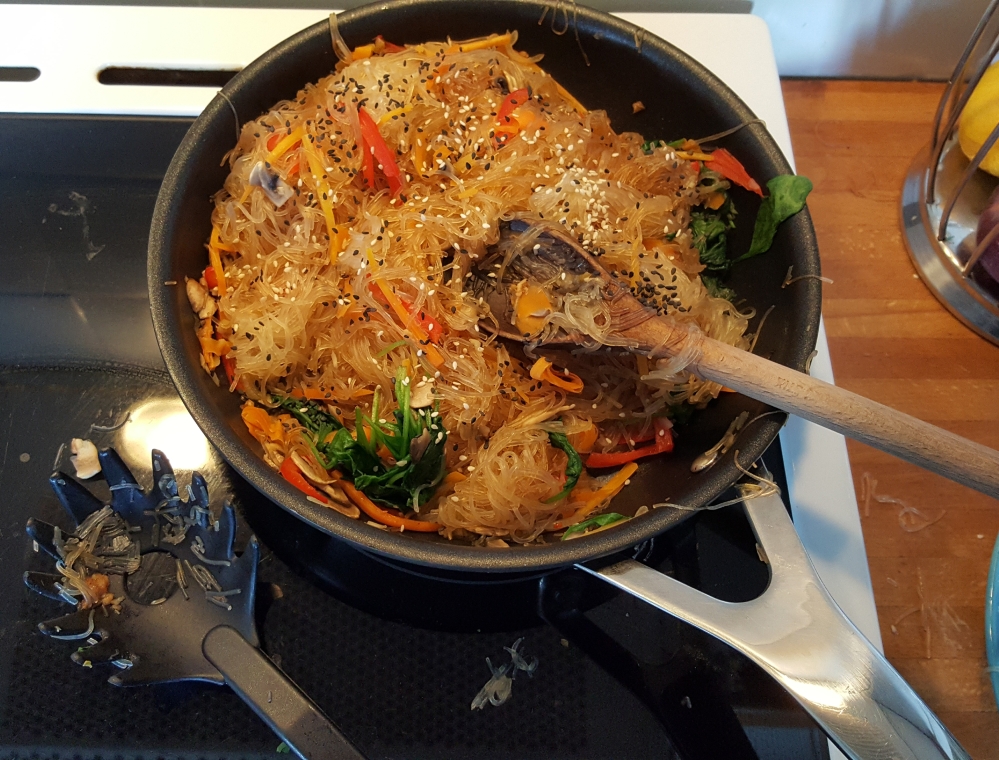 The sesame seeds make it look fancy as hell (not that it’s probably very fancy down there come to think of it.) So this makes a good weeknight dinner, or it could also easily work as a little somethin’ somethin’ you serve for guests. Just blame the sesame seeds, they class it up. 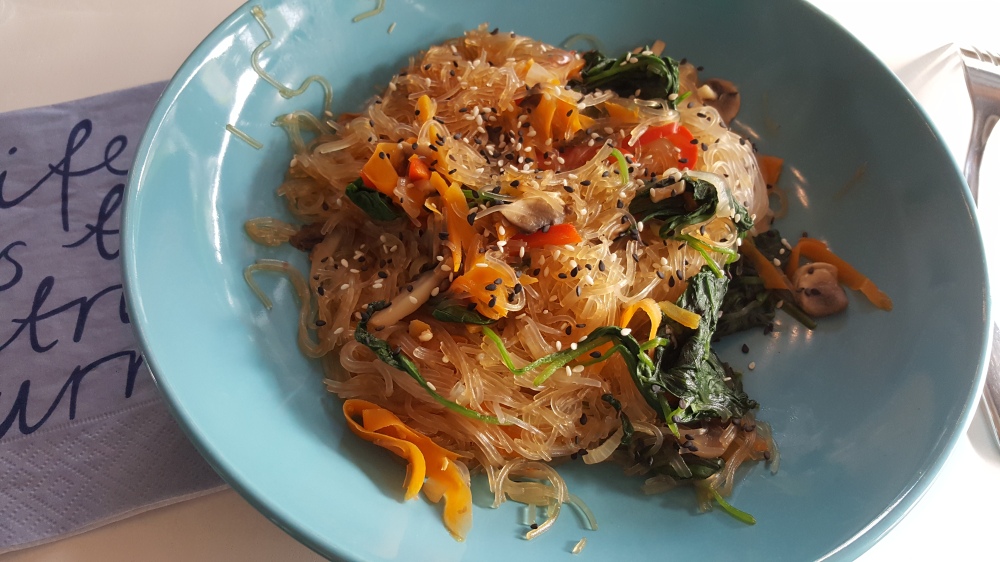 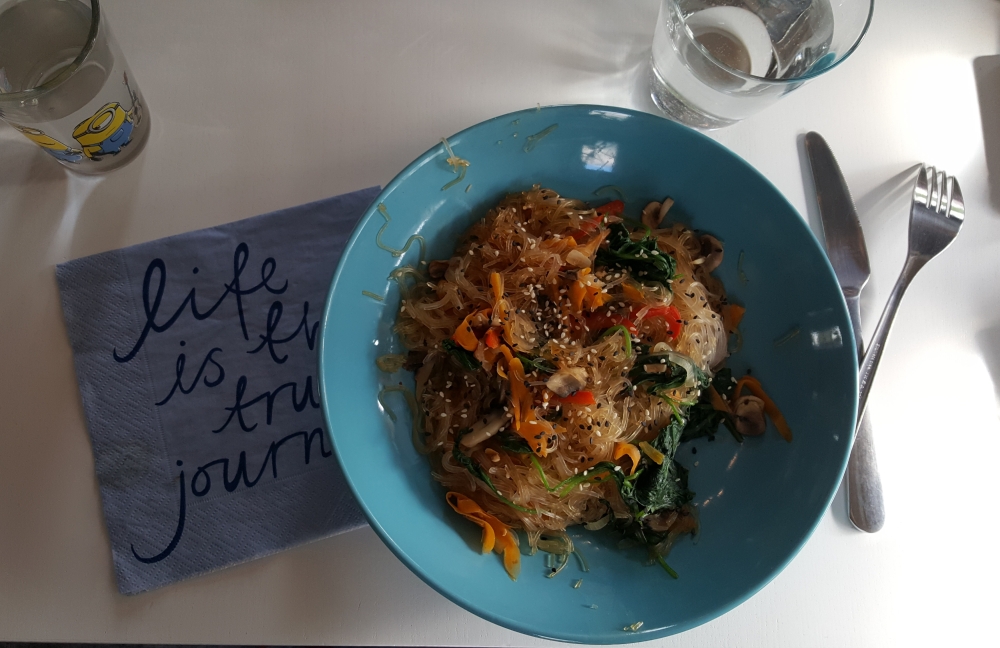 Throw some cutlery on the table, stick your kid a minions glass and away you go. The heat is present but not so intense that it’ll scare the kiddies (well…I guess it depends on the kiddy) You could keep it tame-ish and then just add more chili sauce to your own plate.  The extra heat really sexes it up.

Now feast your motherfucking eyes on this. 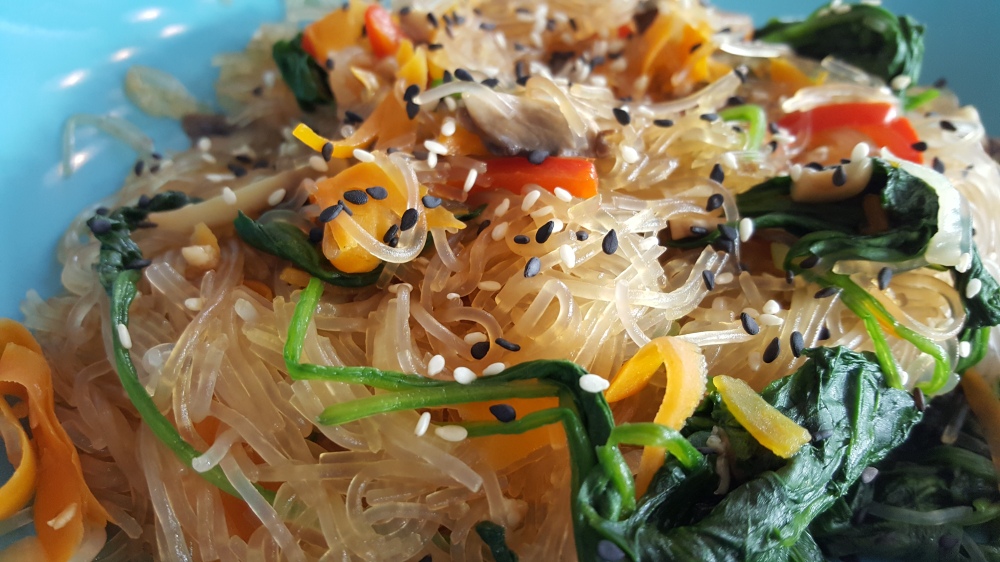 Tell me you don’t want that sexy mess in your mouth right now.

Go on Jap my chae. You know you want to.