Romaine lettuce is having a bad time right now. Everyone’s picking on it cause it got E. Coli. Like it caught it on purpose, or something. Nobody wants E. Coli. Why does society always blame the injured party? It’s like saying a rape-victim asked for it. “Should you really have been wearing that dress?” As if it’s not bad enough that Romaine’s not feeling well, people are avoiding it like the plague, and freaking out when they see it. Poor Romaine. Hard not to take it personal, when people run away screaming and washing their hands whenever they see you.

So to show my solidarity I thought I’d make this Fattoush salad from the TK Fast as Fuck book so Romaine didn’t feel quite so left out. So if you want to show your support for innocent, discriminated-against greens who never asked for this debilitating disease, then come join us for a bowl of Fattoush. The fresh flavours will knock you off your feet, and if they don’t then the symptoms of E. Coli certainly will once the stomach cramps, savage diarrhea and eventual kidney failure kick in.

Another reason to choose this Fattoush salad of all the salads out there is the bread to salad ratio. Like the Thugs say:

‘Are you one of those people who likes a little salad with your bowl of croutons? Then grab some pita bread, because you’re gonna fucking love this.’

So, basically because there’s less salad than bread in this dish it reduces your chances of catching E. Coli. It’s sorta like playing Russian Roulette with your health, and everybody loves that game right? Nothing like a lethal game of chance alongside your meal. You could pass the salad bowl from person to person and see who gets sick first. Whoever doubles over with abdominal cramps first loses.

Anyway, despite my sympathy for Romaine lettuce, I decided to use iceberg lettuce instead. I figured why not use what I already had in the fridge rather than go out of my way to search and pay for something that might make me sick?

Here’s how this tasty shit unfolded: 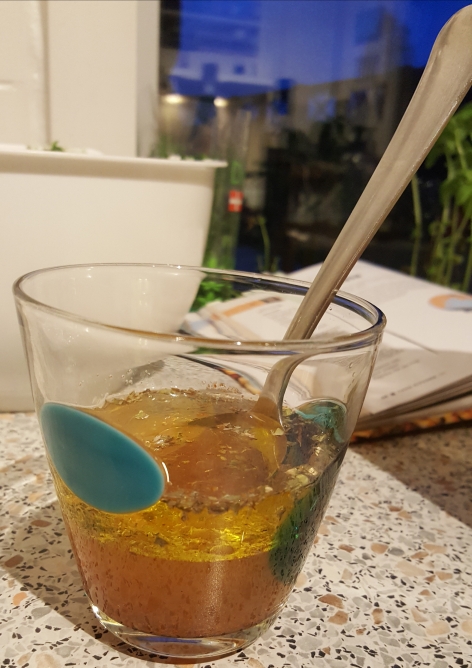 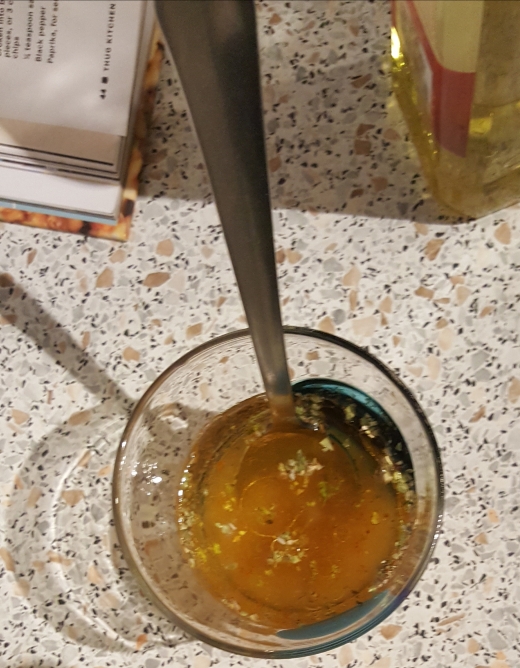 First I threw together the dressing, and then I chopped the veggies while I was toasting the pita. This is a fast dish to make so you’d better be ready to chow down in no time.

The fresh mint and parsley coupled with the slightly citrusy dressing give this salad a zingy freshness that will entice your face to want more. So if you don’t want to be seduced into eating salad, put down your fork and walk away now. Because once your taste buds have been entranced by these Thug Kitchen flavours it will be much harder to walk away. Especially if you’re hunched over in pain from those Romaine-induced stomach cramps we talked about. *

* DIS-FUCKING-CLAIMER:  Bla bla bla, small print. Bla bla bla, obviously just joking about E.Coli. Let’s cut to the chase – If you don’t know NOT to eat Romaine lettuce from Yuma, Arizona at this point in time you fucking DESERVE to get DIARRHEA.