In this mother of all heatwaves all you wanna do is eat ice-cream cones while half perched inside your freezer. But sometimes a person needs something more than just ice cream and fluids. This is one of those times. And this moment in time calls for hot coals and BBQ tongs.

So today my half dead, shrivelled up from the heat, raisin-people, we are grilling some Pineapple Sweet-and-Sour Tempeh Kebabs. With a side of grilled veggies with Quick Homemade BBQ Sauce. Both from the Thug Kitchen Party Grub book.

The Quick Homemade BBQ Sauce really is surprisingly quick. And man is it tasty! Goes well with pretty much everything. I even ate this shit on its own with a spoon. It’s been so hot that I considered taking a straw to it, but even I have limits. (I blame my thought process on dehydration.)

On to the Grilled Pineapple and Sweet-and-Sour Tempeh Kebabs.

I made the sweet-and-sour sauce first. And the Thugs were right I felt like a stupid asshole for ever buying a jar of sweet and sour sauce when it’s so easy, so much cheaper and probably healthier just to make your own. I felt even more fucking dumb when I realised that I didn’t have any tempeh and didn’t even have access to any unless I ordered some from another goddamn country. So these are sans tempeh because I needed to BBQ and I needed to BBQ NOW. My inner BBQ-monster had been awakened after hibernating all winter long. Now that bastard was hangry and impatient as fuck. So rather than deal with that shitty asshole I made the kebabs with just pineapple, onion and red pepper. 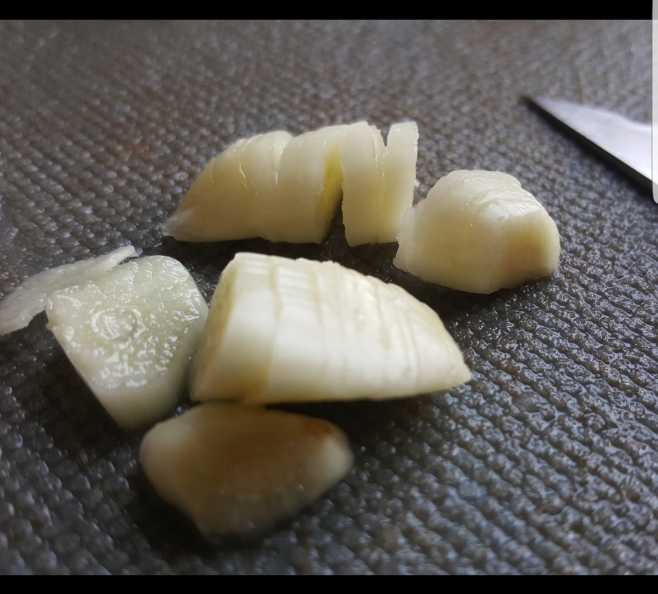 I’d forgotten to buy pineapple juice at the store so I ran to my pantry and rooted around. I opened a can of pineapple chunks and poured the juice out. Thank the Pineapple-Headed Gods* that it wasn’t pineapple chunks in syrup that I had in the pantry, ’cause that would’ve been gross. Sometimes I catch a lucky break.

I felt like the dude from the Goodfellas movie when I was slicing the garlic into thin pieces. I really got into it. Felt like a real gangster. I decided to use a knife rather than a razor blade though since I only had a used blade lying around. I’m into method acting, but I’m also into hygiene, you know?

Anyway, once the sauce was good to go, and I’d assembled the kebabs, I slathered those suckers in the sauce. I brushed using my basting brush like it was going out of style, and when I was done, I brushed some more. I really wanted those little guys to be super-sauced and full of flavour. 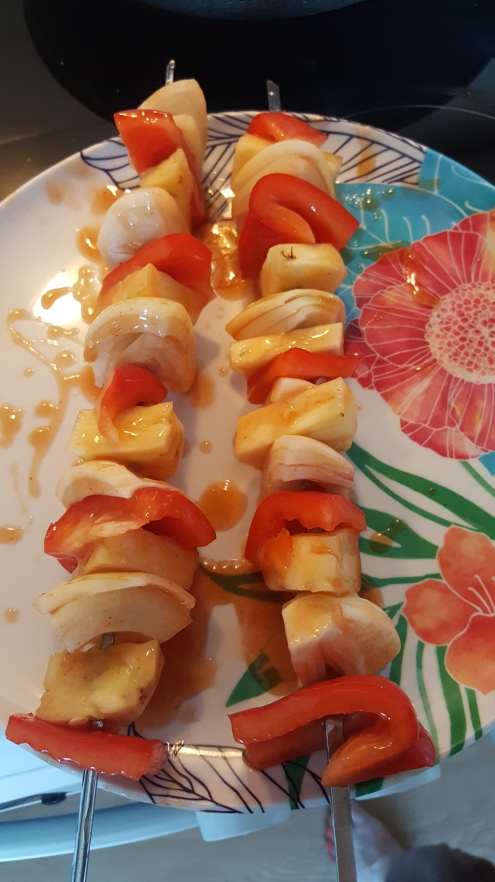 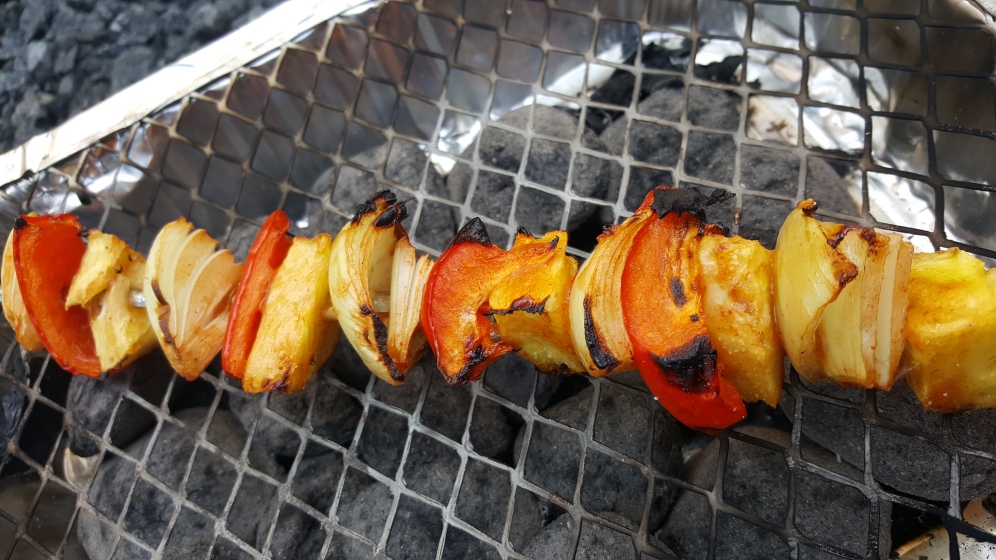 There are no words for the amazing smell emanating from our garden. Gotta love a BBQ, and this shit was no exception. Though the Thugs had suggested eating these kebabs in the dark in front of a computer, we decided to eat outdoors. We plated up all kinds of BBQ’ed veggies and the kebabs and then slapped the homemade BBQ sauce on the table. There was silence as we ate in the unbearable heat. The only sounds to be heard were the birds chirping, the bees buzzing, and the frantic snatching of second and third helpings. 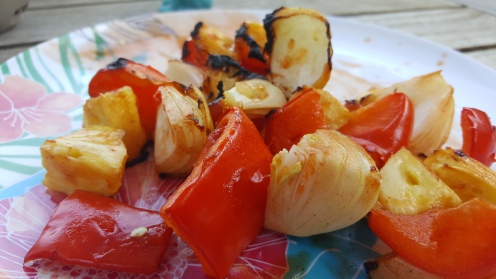 So sate your appetite for BBQ and put your BBQ-monster back into hibernation with these succulent kebabs. You could even add tempeh and slay that monster all together.

* We capitalise to show our respect.