Pirates are a not-so-distant cousin of the modern day Thug, so what better way to rock the rum banana bread than pirate style?

.So my little landlubber, join me for some Thug Kitchen Rum Banana Bread. 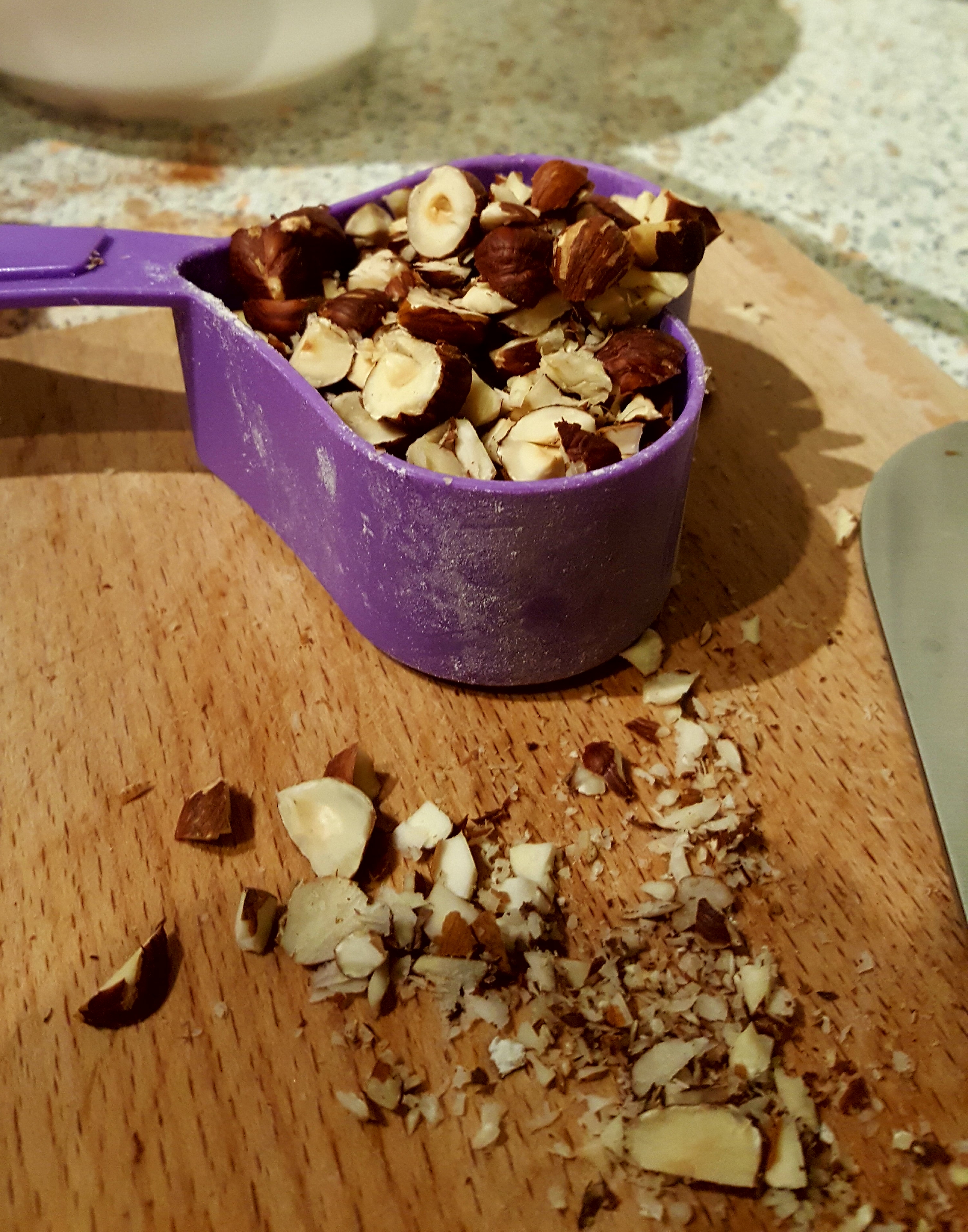 I got my kid involved in this one because, well…child labour’s cheap, right? So while I was sipping on rum cocktails (the rum was already open, it would be rude not to) he was following my instructions, which I was lazily reading out from the blog. He was so into it that when we topped the bread with the rum he lit it on fire with a dazzling flambé twist that I hadn’t seen coming. He took off his own eyebrows and set off the fire alarm in the process, but what the heck, I give him an A+ for effort.

I’m fuckin’ kidding. Calm the hell down. He’s six years old. He can’t even remember to sharpen his own pencils for school, how the hell would he be flambéing his own eyebrows?

He got to do stirring. And tasting. 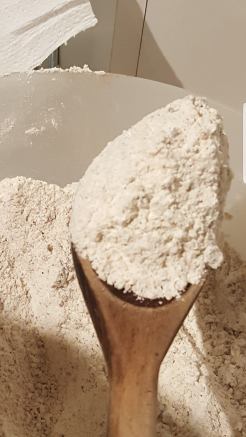 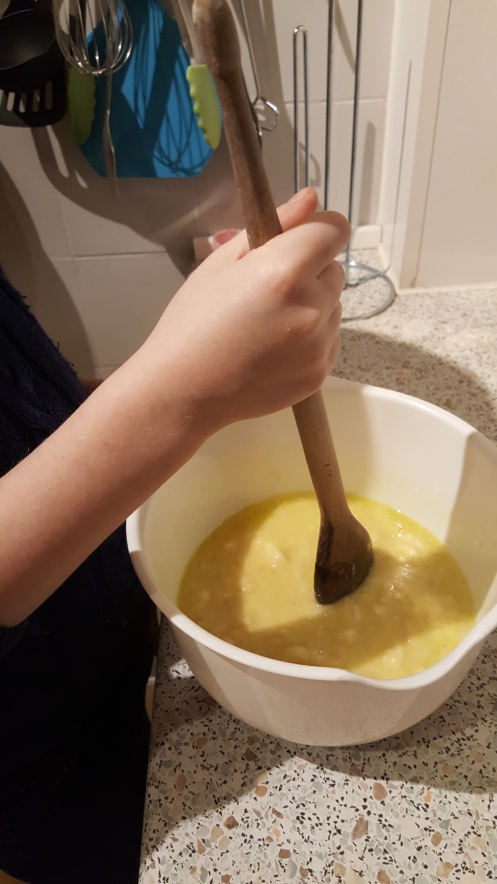 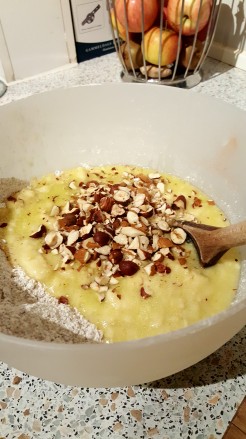 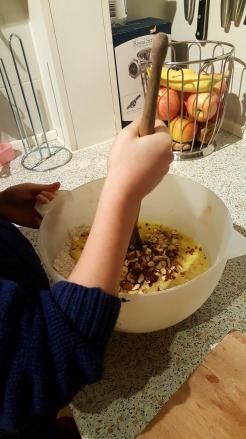 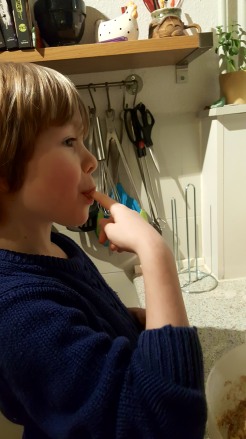 Avast ye now! Careful when givin’ the old heave ho to the nuts with your cutlass lest ye lose a finger or two in the process. We used a combo of almonds and hazelnuts because that’s what we had onboard, and it worked really well. Combined with the flax you’re sure to be keepin’ regular so make sure you’re not too far when from the poopdeck when the fun begins.

The rum is sure to smooth the way too. Just make sure you’re not three sheets to the wind before you even get to try the bread.

Once the cinnamon and flax and other amazingness had been combined and had been poured in a form, it was time to throw this savagery of a treat in the oven, seadog style.

Whether you devour the bread straight from the tin while hot or wait for it to cool like a normal, sane person is up to you. I tried both and the roof of my mouth is still skinless and pissed at me. But it was so worth it even though I couldn’t chew anything the rest of the day. If that’s not a positive endorsement of Thug Kitchen then I don’t know what is. However, my piratey lawyers would like me to state that I do not in any way whatsoever recommend you try this or any other rum flambé techniques at home without trained professionals present, pirate or otherwise, as it could get out of hand and lead to painful skin-graft situations and/or other injuries.

However, I do recommend bringing this bread to work with you and sharing it with your co-workers in your break, if you get one (no rest for the wicked), because they’ll love you for it. After all, what’s cosier in autumn than banana bread with a rum twist?

Just heed my advice and don’t bring the rum with you in case you get fired, or worse; made to walk the plank. 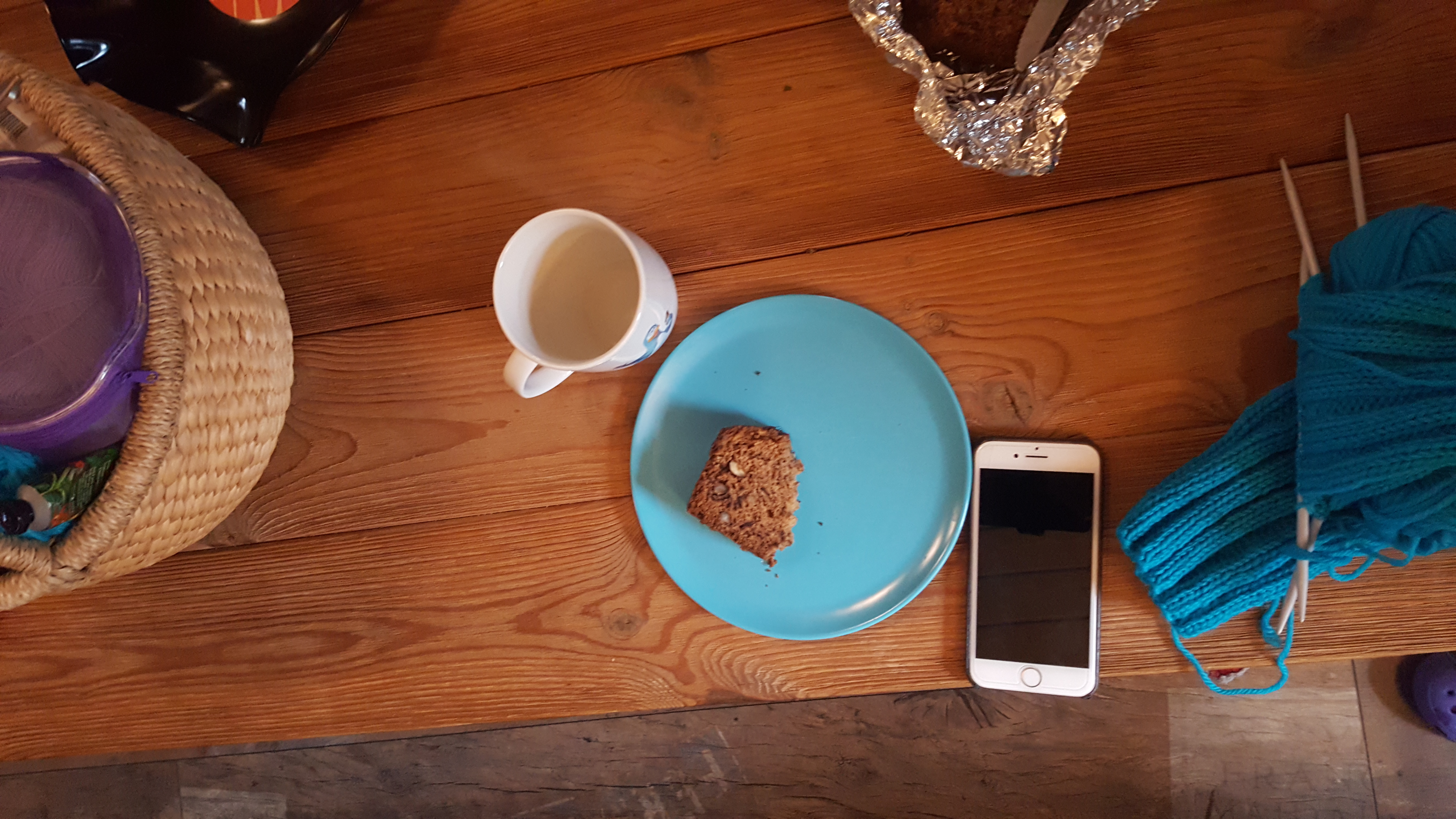