Sometimes dinner has got to be easy.

Easy for those days where you haven’t stopped and your head feels like it’s going to explode. Or the days where you’ve barely got food in the house because you haven’t shopped. Or for those days where you’ve put your back out and you’re forced to walk around like an old dude who’s shat his pants.
Today is one of those days. I’m sitting up in bed writing this, perched on three cushions and three hot water bottles, looking crooked as fuck. My back is so fucked that I look like broken plastic lawn furniture that won’t unfold. I can stand up, but if I wanna walk I gotta shuffle sideways like a crab or some other gnarly crustacean washed up out of an overly polluted sea. If my back was a person it would have Post Traumatic Stress Disorder and the kinda hollow eyes that you see in the devastated faces of people found in airplane wreckage. Those eyes will never be the same again.

So, on days like these you want some easy grub. Easy like Sunday morning, as Lionel would say, or easy like an underage insecure slut on prom night. Lionel knows what I’m talking about. Wink wink.*

This recipe for Pasta Piselli from the third Thug Kitchen book, Thug Kitchen 101: Fast as Fuck is just that. Extremely easy, and lazy as hell. Just the way we like it. And it only takes 15 minutes to make! Unless you’re hobbling around like something out of the film ‘Misery’, then it may take you longer.

So the genius thing about this recipe is that you use frozen peas rather than fresh, so it’s easy shit, stuff that most freezers have built-in anyway. There’s ALWAYS a bag of frozen peas in there, you just gotta dig around at the back, behind the other random crap you forgot was in there, like that bag of unidentifiable soup you made that one time years ago.

I read the recipe and decided to get things going, and got some pasta on the boil. Of course as per usual I didn’t fully pay attention (you’d think I would learn) and rather than throw the frozen peas in with the pasta as instructed, I drained the pasta and then realised that there was no going back, the pasta water was gone (save the 1/4 cup of pasta water I’d been instructed to keep for the sauce).

‘Fuck it’ is a phrase you’ve gotta use liberally in both cooking, and life in general and it was perfectly applied here. So I grabbed a frozen bag of peas and a frozen bag of kale because why not just go all in. I didn’t have the fresh spinach or kale requested, so frozen it was. I sautéed the shit outta everything and added the other things the Thugs asked for in the recipe. (I assume here that you are all following along in your own recipe books like good little cooks. See page 99. Otherwise head to the library, steal a friend’s copy or order one online. You’re not borrowing my copy, so forget it.) 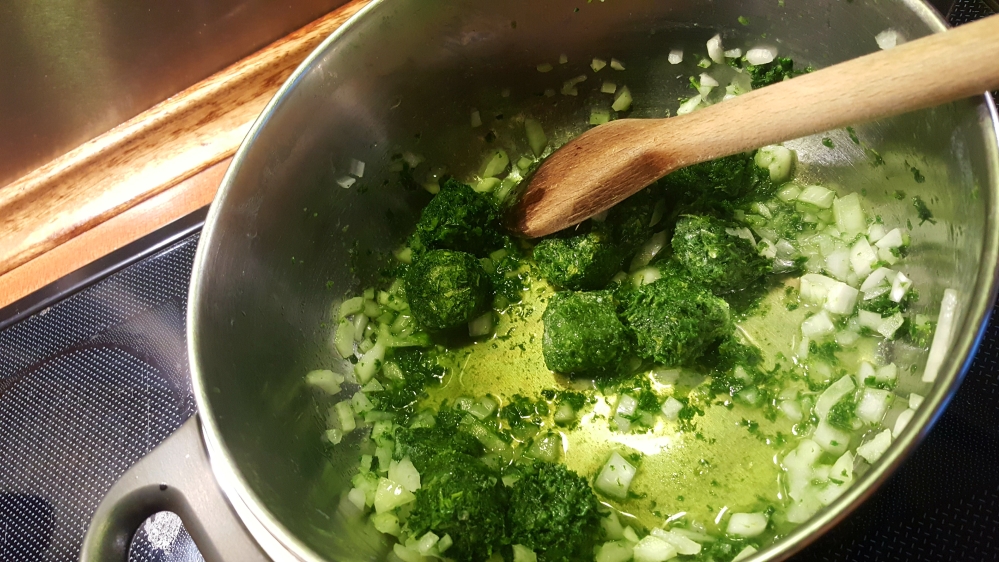 Did I mention that my frozen kale comes in little balls? Weird, right?

I threw all the green veggies together with the pasta and stirred in nootch and other goodies. In the absence of lemon juice I had to use the yellowest lime I could find. I figured if it was yellow it was alllllllmost a lemon, aren’t they distant cousins anyway? and this way we’d have green limes for gin and tonics later. Priorities. My crooked back craves G&Ts for “medicinal reasons”.

Then ladies and gentlethugs, this legit lazy pasta piselli was done. Dished up in seconds, eaten in minutes, rinse and repeat. I was thrilled to see how much my son liked it. Usually if there’s anything other than ketchup touching his pasta his food referee sticks it a red card. Then I tell his food ref where to stick that, and then there’s just unnecessary dinner-time drama. This was peaceful piselli.

If this pasta dish was a wine then it could be described as being robust and stable with faint tangy citrus tones, and lots of flavour. It’s not a wine though because there’s also onion in there and cheesy nootch flavour, and that would just be fucking weird because cheesy wine is just a step too far.

Really though, it was surprising how in such short time with such limited ingredients such a legit decent meal could come about. Healthy too. Colour me impressed.

So if you need a quick and easy dinner then grab Thug Kitchen 101:Fast As Fuck and turn to page 99, raid your freezer and 15 minutes later you’ll be in carb heaven. Cheesy, tangy citrusy tones and all. 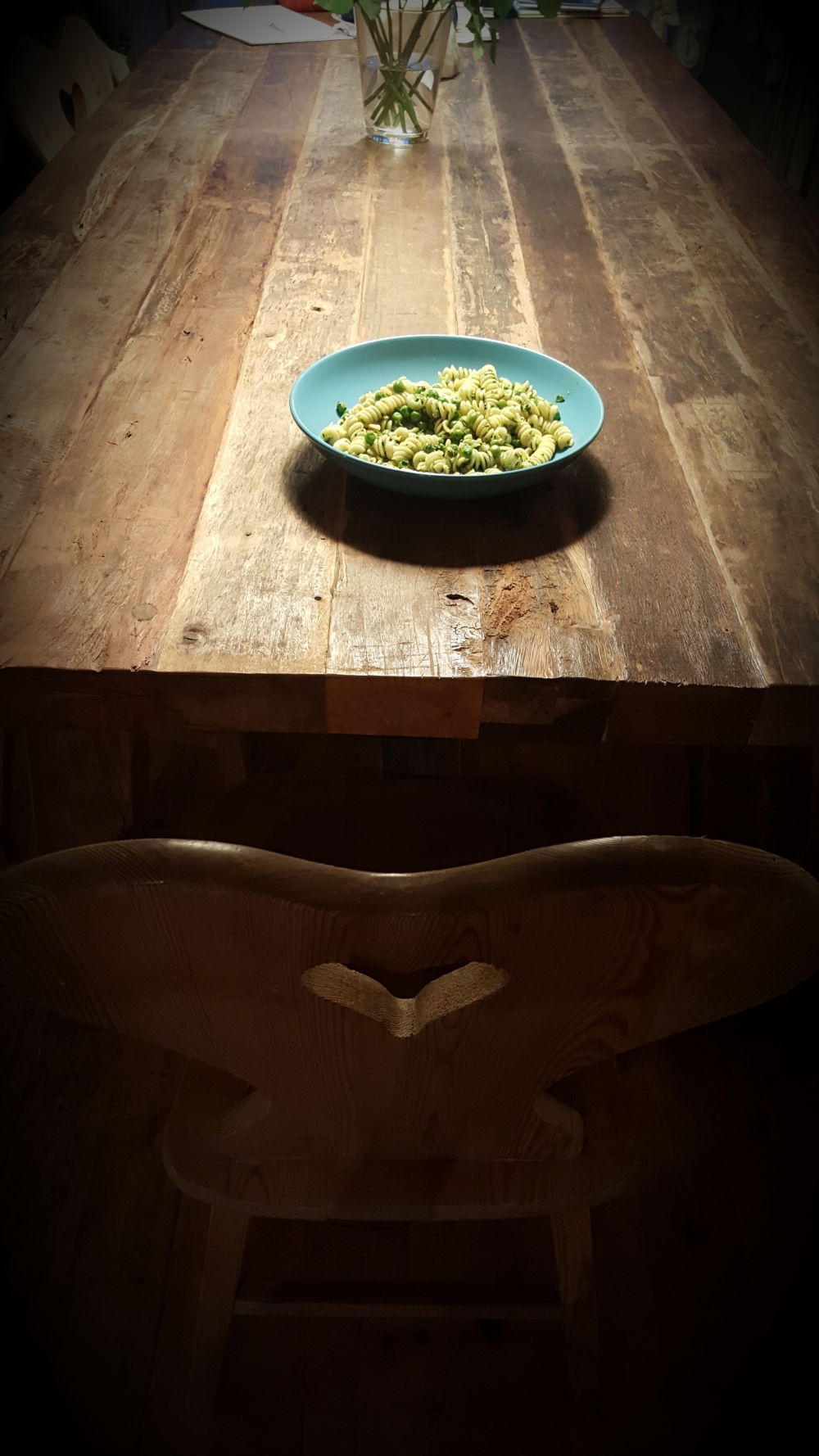