This time of year is known either for its peace, love and togetherness, or its stress, drama and aggressive clashes with relatives. If that’s not the most confusing schizophrenic holiday of the year then I don’t know what is.

So I thought I’d make this schizophrenic-seeming dessert too.

On one hand it’s a crumble, so it’s all warm and gooey and winter-warming and cosy. It’s all blankets on sofas and snuggling and hot chocolate and cinnamon and pillow forts in pyjamas.

On the other hand it’s piña colada, so tropical flavours like pineapple, coconut and lime. It’s dancing on the warm sunny beach in bikinis, and nearby palm trees and the smell of sunscreen in the air.

You see what I mean? Pretty contradictory right? Sounds like a bit of a head fuck.

But it’s not. It’s the opposite: a match made in heaven. When a spoon of this dessert touches your tongue all your holiday stress and combativeness will melt away, and you will float up on a cloud of fluffy joie de vivre till your head slams into the ceiling and you come back down again. (And by come down I mean in the literal sense and not in the “come-down” from drugs sense of the word. Although Thug Kitchen grub is addictive in its own awesome way, there are no drugs or even alcohol, despite its name, in this dessert. It is family friendly, unlike their – and my – language.)

You can find the recipe for free right here on their website. Gotta love those generous bastards. (Either that or they’re like your local crack dealer who gives it away for free the first time to get you hooked and then later wants the big bucks. Who knows?)

First you cut up the pineapples and bananas and throw all the yummy lime juice, cinnamon, nutmeg and fresh ginger in with it along with the flour, sugar, and coconut. 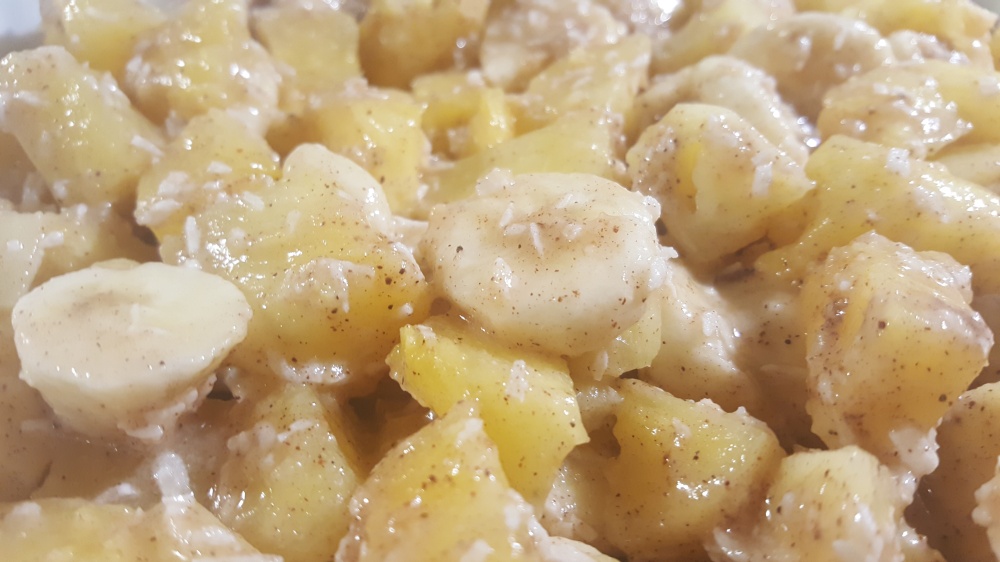 By now your kitchen will start smelling tropical af.

Did I mention that this is the easiest and fastest recipe to throw together EVER?! I think even a stoned monkey could do it. Well…actually it’d probably just sit around eating all the bananas so maybe that’s a bad example. 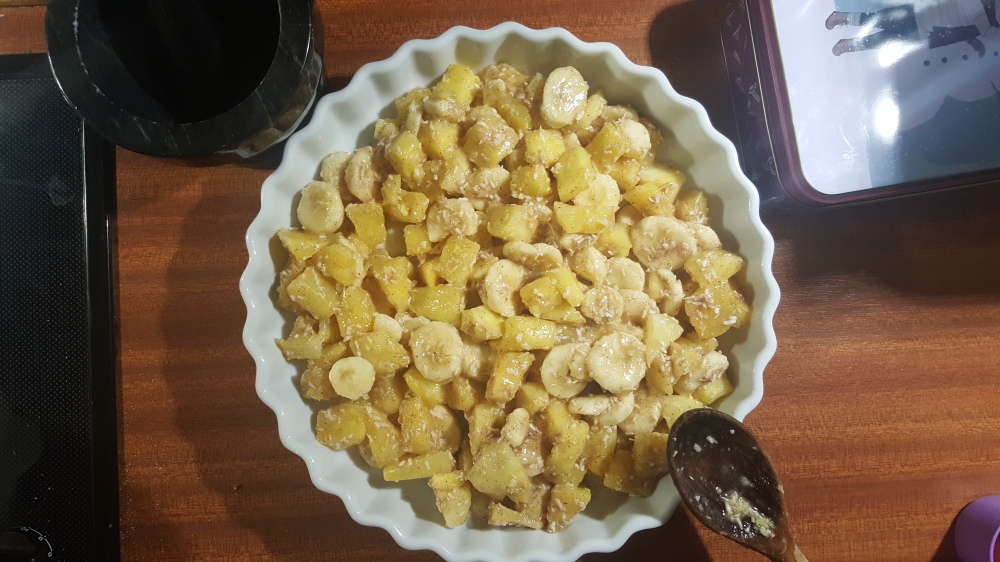 Once all the wet stuff is done, you throw together the dry ingredients and then crumble in the butter, or better yet, coconut oil to take this crumble to a whole other level of tropicalness. Easy shit. And fun to crumble the butter with your fingers, it’s another holiday stress reliever. Once you’re done you just insert the delicious bastard in the oven and walk away.

After not too long your kitchen will smell AMAZING. Like died and gone to pineapple-cinnamon-coconut-heaven amazing. Unless you’re a cinnamon-hater and then it’ll be pure hell. Like a totally egregious assault on your senses.

I would never have thought to combine these fruits and flavours and stick them in a crumble. It’s so mouth-wateringly delicious. 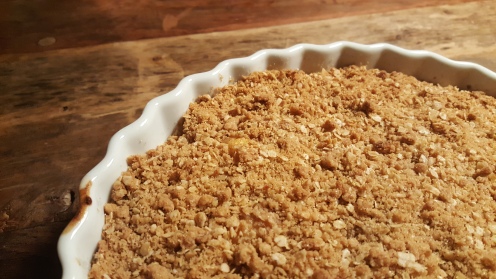 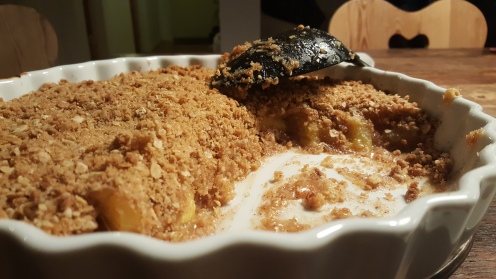 And it’s easy to make, and relatively fast too so great if you have sudden unexpected guests that you need to dazzle with some fancy grub. The smell of your kitchen alone will be enough to wow them. Trust. 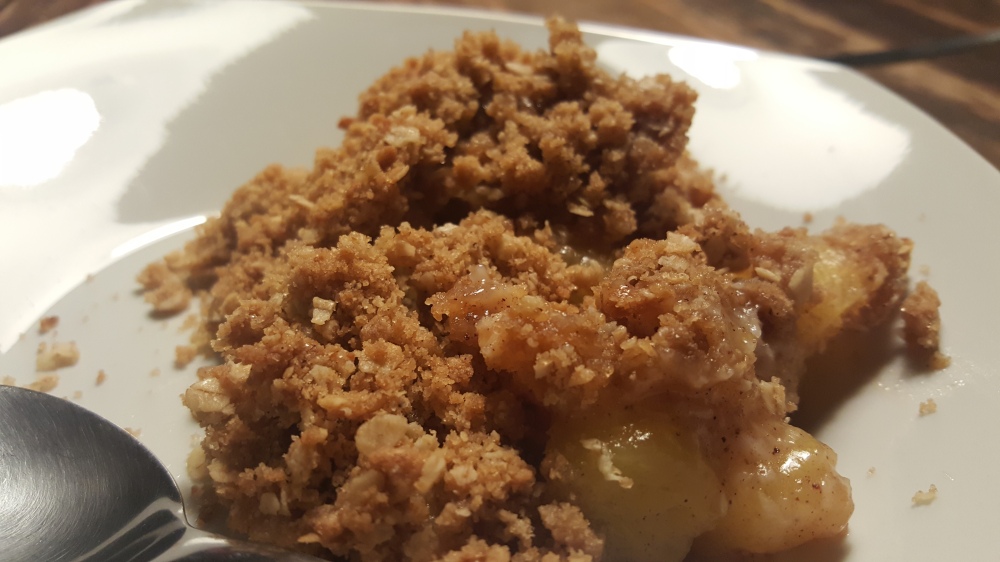